Earl Grey is a male pegasus pony hailing from the costal city Marecadia. He owns and runs a specialty tea shop. He is one of Five Hours' Mane Three OCs.

He has a deeper voice and speaks with a heavy Welsh accent.

Earl Grey is a rather serious pony. He likes to work efficiently and get tasks done quickly. Earl is rather sensitive to criticism. He is quiet and loves to sit and read after his shop closes. Also, he is prone to succumbing to peer pressure. He is definitely a "morning pony" and loves to wake up early and start the day when the sun rises.

He also has self-confidence issues, which is why he looks up to Fitz' confident attitude. This is mainly because of his family looking down on him since he was young.

Earl Grey is a poor flier. He cannot fly very fast or for very long. He has no "speed trail" while flying.

He has an excellent sense of smell which helps him identify the spices and teas that he uses. In markets, he likes to check the tea leaves' quality by smelling for certain scents.

Malarkey is one of Earl Grey's best friends. She helps him to show a less serious side as a contrast to his uptight demeanor.

Comet Chase is Earl's older brother. He's a professional racer, nearly the opposite of what Earl does for a living. He relentlessly teases Earl for being with Fitz and says that Earl is the weakest member of his entire family.

Earl Grey was born to two Pegasus ponies. His original name was Early Bird, but he now uses the name Earl Grey. His parents wanted him to be an athlete, but Earl, then Early, did not want to compete with other Pegasi who were more interested in flying than himself. When he saw a corner restaurant building for sale, he raised money by buying and selling antiques and food. Eventually, he refurbished the area into a proper tea shop. All of this took a while, but he knew it was worth it. When he brewed his first cup of tea, Earl Grey tea, he earned his Cutie Mark and decided to change his name to that kind of tea- Earl Grey. This is his name today.

Years later, Earl decided that he needed help running his shop. He hung up a "help wanted" sign and a few days later, Malarkey applied for and got the job as part-time help. She became best friends with Earl Grey.

In the human world, Earl Grey attends the Marecadia Academy for the Performing Arts. He is focused in theater technology, specifically in props. While working on shows, he loves to help everyone as much as he can. He serves refreshments, like his teas, to the other crew members.

He has also acted in a few plays and musicals. His favorite parts about the rehearsal process is character study and, later, the costumes for the role. 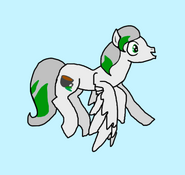 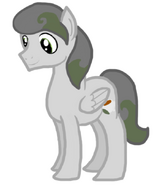 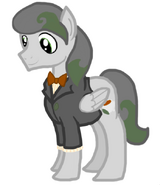 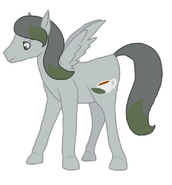 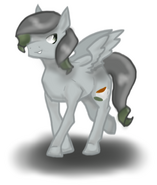 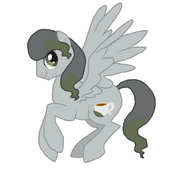 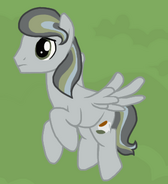 His new redesign.
Add a photo to this gallery
Retrieved from "https://bronies.fandom.com/wiki/Earl_Grey?oldid=177401"
Community content is available under CC-BY-SA unless otherwise noted.