Haze Drift is the OC of DoDo1234, and was designed to be as if he himself was a Pony living in Equestria. DoDo decided to make her female, dispite his own gender, because he felt that if he were thrown into Equestria, he'd rather be female. He says that the reaso for this is that Female ponies are usually somewhat cuter than Males, and Males are normally depicted as being rather strange and dumb individuals, though he realises that not all male ponies are this way.

Haze Drift is a female Pegasus pony with a redish-brown coat and a yellow-green mane and tail. She's quite a slim and tall pony compared to a lot of other ponies, and is also rather light. She has blue eyes. Something many ponies are quite confused with about her mane is the fact it covers her whole head- Whereas other ponies usually have a space around the ear area, Haze's hair covers below the ears as well.

Her talent is working with technology, mostly working on software for games and programs. This is what gave her a cutie mark of a controller and CD. This talent can be quite rare in Equestria due to ponies usually prefering more active or social hobbies and jobs. During Haze's spare time, she also likes to play video games. She's very competitive, and dislikes loosing muchly. As a result, she rarely looses and often gets irritated and angry when she does- with herself more than anything.

She often spends her time in her home, playing games. She's very Introverted, and likes to be alone. She's not very experianced, not talented, at socialising with other ponies, being quite awkward and shy. She never really knows what to say to other ponies, and so says nothing a lot of the time. As a result of this, during group conversations, she often stands around listening into the conversation and just adding if she feels it neccessary. But despite her quietness and lightness, she can be quite a surprisingly strong pony. She is also very stubburn sometimes.

She is talented at creating code for software such as programs and games, and is a very good gamer, but another of her talents is her abiltiy to create snow and snow clouds as she wishes. During the winter period, she is a very useful asset to the wintering team. However, her main use of this ablity is covering her house and the surrounding area with snow, even through the summer. Winter is her favourite season, and so she keeps it around her house all year round. She believes this to be the most beautiful time of year, and enjoys walking around in the snow.

Haze doesn't have much history. She was raised in Fillydelphia, an Equestrian city in the North-east. At the age of 18, she moved to Ponyville, attracted there by the towns quietness and beauty, whereas other towns and cites were either too loud and crouded, or she thought that they were rather ugly. She had to return the day after the Parasprite swarm hit Fillydelphia to help rebuild the town, but then returned to Ponyville. During the mysterious incidence concerning a strange, large green cloud, she and nine other Ponyvillians were the only ponies left in the town; the others strangely dissapeared. They eventually managed to save all the ponies from the mysterious substance. That very day, they also had to save Canterlot from a similar strange green cloud. To this day, what happened is unclear and unknown by many. 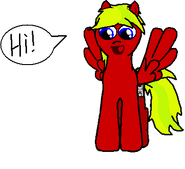 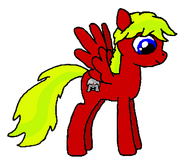 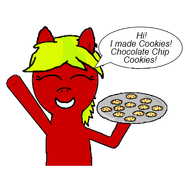 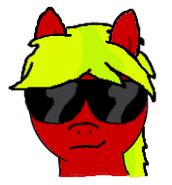 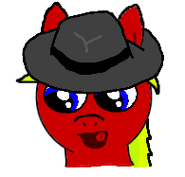 Add a photo to this gallery
Retrieved from "https://bronies.fandom.com/wiki/Haze_Drift?oldid=22900"
Community content is available under CC-BY-SA unless otherwise noted.