"I'm not intimidated because I've beaten down bullies much bigger than you. And compared to them, you're nothing."
— Little Valor

Little Valor is a young earth pony colt and Sir Sheath's apprentice for the Steed Knights of the Chess Table. He is also a friend of the Cutie Mark Crusaders and Pipsqueak.

Valor was an orphan colt living off the streets. One day, he ran into Sheath, Nimbus Quasar, and Tech Savvy. They were in town for training mission Sheath was given. Valor saw Sheath in action and he was amazed. In the second time Sheath and his friends got into action, Little Valor got himself involve, and Sheath was impressed on how he handled himself out there. Valor begged to come with him to become a knight. So Sheath promised to make Valor his apprentice after he graduates. Now colt went along with the trio on their adventures.

After becoming a knight, Sir Sheath becomes Little Valor's mentor. Months later, the Mane 6 came to excort Sir Sheath and his gang to move to Ponyville. Valor lives with Sheath at the Stabble Inn, and attends the Ponyville Schoolhouse. There, he became good friends with the Cutie Mark Crusaders and Pipsqueak. It appears to him that Silver Spoon has a crush on him.

In his free time, he would hang out with his fellow Steed Knight apprentices, or Pipsqueak, Rumble, Featherweight, Snips, and Snails.

Little Valor is kind, brave, and adventure-loving. He's a good listener, in order to learn whatever Sheath and Cheerilee teaches him.

After living off the street, Little Valor learns to dislike rich "snooty" folks who treats others like dirt. Like Nimbus, he never cared about getting his cutie mark.

He notices the signs that Silver Spoon likes him, but he try not to let his response go noticed.

"There are a few things I am afraid of. They're just here at the moment."

In My Noble Steeds: Equestria Boys, Little Valor is Sheath's adopted brother. He looks up to his older brother and goes to Crystal Empire High School.

Since Valor is an orphan, he didn't know what it was like to have parent. But when he visits Sheath's parents, they would treat Valor like he was their own. 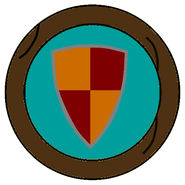 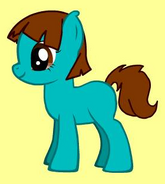