Love Letters is a pegasus with a soft light pink coat and a frizzy, green-and-blue mane. The color of her irides is the same tone of green as her mane. Her most peculiar characteristic is that her pupils are little pink hearts, although they are sometimes multiple hearts and even other shapes! Her cutie mark is the symbol "XOXO", a term expressing love and affection used to sign off letters.

Although a casual observer might conclude that her long neck, her stubby legs and her beanbag-like body are part of her character design, these characteristics are a result of the creator's visual style and appear in depictions of other ponies by the same artist. Regardless, art pieces by fans often depict her with at least a long neck.

Love Letters is named for her special talent of writing and sending letters, especially love letters, to other ponies; her intention is to brighten up their day by making them feel loved and appreciated. She is generally happy and upbeat, and she has a tendency to leave letters in unusual places. Although she writes often, she has never been seen to speak, although it was once implied she can call other ponies on the phone. She earns money by selling gift- and greeting cards. She generally feels inscure about her appearance.

Love Letters is the daughter of Hug Circle and Kissaboo, and a niece to Noughts and Crosses.

She received her cutie mark after seeing a pony called Sunny Daze crying. Wanting to cheer her up, she wrote a letter that said, "I LOVE YU [sic] A LOT." Because she felt that using her own name as a signature simply wouldn't do, she signed simply "XOXO", which became her cutie mark (see Description). 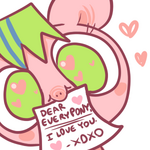 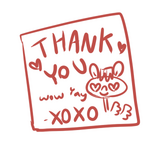 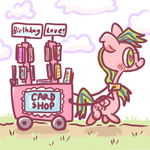 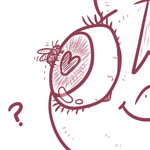 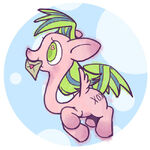 Fan art by Mellozine. A rare instance of a short neck.

Fan art by goddessofbaka
Add a photo to this gallery

Retrieved from "https://bronies.fandom.com/wiki/Love_Letters?oldid=133944"
Community content is available under CC-BY-SA unless otherwise noted.