Start a Wiki
Nightmare Flash is an OC Pegasus/Ponysona created by the internet user "Panthean," (goes by Nightmare Flash and Icehail Flash on ponychan and other pony related sites). He can primarily be seen posting in /oat/ on ponychan. Formely being a self proclaimed Mary Sue, Nightmare Flash is no longer overpowered or overfavored due to a recent revamp of the character.

The original Nightmare Flash was a unicorn with magic wings. Made for random /oat/ micro rp's, Nightmare Flash 1.0 was by all definitions a Mary Sue not intended to engage in any serious roleplay. His powers and over the top design led to all sorts of corny catch phrases including: "My mane is fire, your argument is invalid," "Awesome like goggles," and "Goggles, how does it awesome?"

Originally, Nightmare Flash gained his cutie makr by travelling up to the peak of a volcano as a young colt and nearly falling into a pit of lava thanks to a shockwave caused by Rainbow Dash's own sonic rainboom. Before falling to his death, his magic kicked in and automatically gave him wings, allowing him to soar high and fast into the sky after a comet he had seen earlier. As the story went: (from Nightmare's point of view)

I was travelling up to the top of the volcanic mountains because I've always been obsessed with fire, and though that a Volcano would be awesome. When I got to the top, I saw something even cooler, a meteor shooting across the sky; and I was amazed by it. Suddenly, a rainbow shot out with a loud crashing sound, and the ledge I was standing on shattered!

As I was falling down towards the lava, I remember wanting so desparately to be out of there; I wished I was like the meteor, flying so effortlessly across the sky. Suddenly, I found myself soaring into the air. My magic had started automatically, and made me a pair of wings to fly with. I flew faster and faster, eventually flying past the rainbow and even catching up to the meteor. My mane lit fire, but it didn't hurt, like it was a part of me, and then I was suddenly all ablaze; I had become a meteor!

Nightmare Flash's magical abilities allowed him to control every object in space, summon meteors and the likes to come crashing into Earth, and putting Celestia and Luna to shame by being able to move the planet to a different star system. In addition, he had control over a magical pair of wings, and a fiery mane and tail.

1 of 10
Add photo
The current version of Nightmare Flash, or NF for short, is a much toned down version of the original. The self implemented Mary Sue title was dropped, and he was made into an ordinary pegasus. While the color scheme hasn't changed too much, the black body and orange mane and tail attribute a Halloween theme to the character; which fits nicely considering his name.

A recently revamped character, the current Nightmare Flash has no story of origin revolving around his cutie mark, but it assumedly has something to do with flying fast, and perhaps even racing. In addition, no longer posessing a horn for magic, he no longer has any magical abilities outside of his Meteor Charge which is just an alternate version of Rainbow Dash's sonic rainboom.

Okay so... I haven't touched this in ages because it all started to seem kind of pointless. But for record's sake, I want to point out that Nightmare has been updated twice since 2.0. The next update, his mane and tail change to gold, and he gets toned down a ton. In the next update after, the latest, I changed him entirely. His name is now Crosswinds Flash, and his coat is a pale golden color. Why the update all of the sudden? Art Thieves...

Yeah, so just to put it out there: my Wikia username is panthean, as you can plainly see by viewing the editorial history of this page, and that is the name that originally edited this page, and uploaded all related pictures. Here's my DeviantArt page, which you can see is the same name as mine. There, I have uploaded more recent versions of Nightmare/Knightmare/Crosswinds Flash. This edit should suffice as proof of character/art ownership.

Icehail Flash is also mine, and I use her quite a bit more often.

Being both an Original Character made for roleplaying, and a ponysona, Nightmare Flash's personality is complex, and roughly based on his creator. While not exactly alike, NF as a character possesses about half of the personailty traits of his creator, while the other half was dumped in to Icehail Flash, Nightmare Flash's undesignated family member.

While mostly just for kicks, Nightmare Flash's primary shipping role is one in which he crush's over Rainbow Dash. While the ship is mostly just his own fantasy, it's still a larger part of his character in its reflection of NF's creator, whose favorite main cast pony is Rainbow Dash.

These rp's have no bearing on the serious roleplaying storylines. 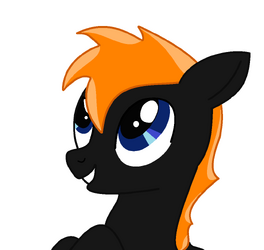 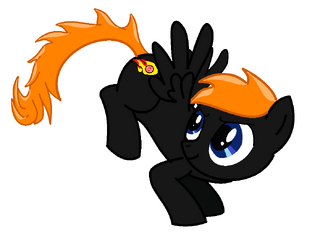 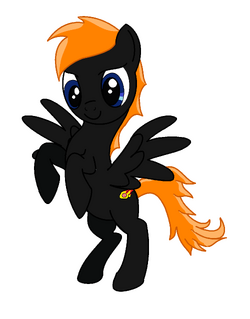 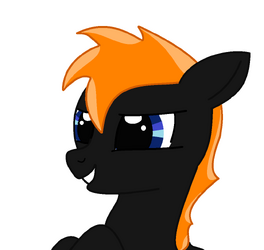 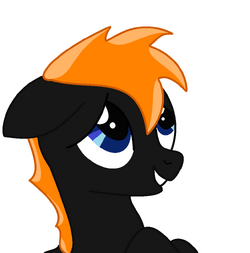 Special thanks to minty!FRESHXeT/Y for making this gif. 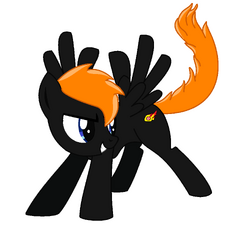 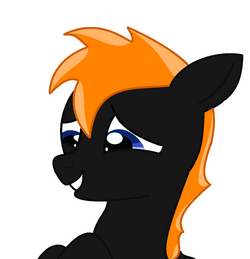 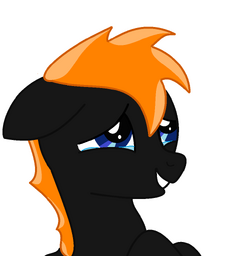 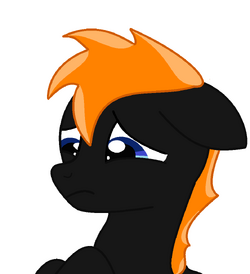 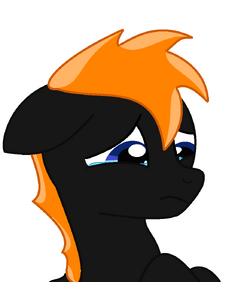 Add a photo to this gallery
Retrieved from "https://bronies.fandom.com/wiki/Nightmare_Flash?oldid=167466"
Community content is available under CC-BY-SA unless otherwise noted.